Posted at 15:32h in Uncategorized by moon 0 Comments
0 Likes

The Council for Development Cooperation and Migration of the Local Government of Valencia has launched a campaign to prevent Islamophobia with which it wants to encourage an intercultural Valencia that is a model of inclusion and coexistence. The Valencian agency Cat and Curious gave shape to a transmedia campaign called “Ojalá, València”, geared towards impacting on digital media and on the streets with the aim of raising awareness and provoking discussion about the problem.

CAT & CURIOUS OPTS FOR GIGANTIA TO DESIGN ITS 3D SIGNS

The campaign was launched on 15 November with the placing of a moving sculpture in the Town Hall Square, which is an iconic area of the city where thousands of people pass by. On this occasion the decision was made to use 3d signs as communication tools of the campaign, and the idea that was finally accepted was to build a typographic construction with the word “Ojalá” (“If only”). The piece was manufactured, printed and assembled by Gigantia, a company that specialises in the design of 3d signs and other signage and assembly services.

The sculpture was thought up with the idea of inviting citizens to share their selfies and messages of friendship and solidarity with the cause, via the hashtag #ojalavalencia. Beside the sculpture, the campaign has an awareness-raising video, a website campaign and a number of impacts on the social networks. All the information about the campaign can be found in the website ojalavalencia.com 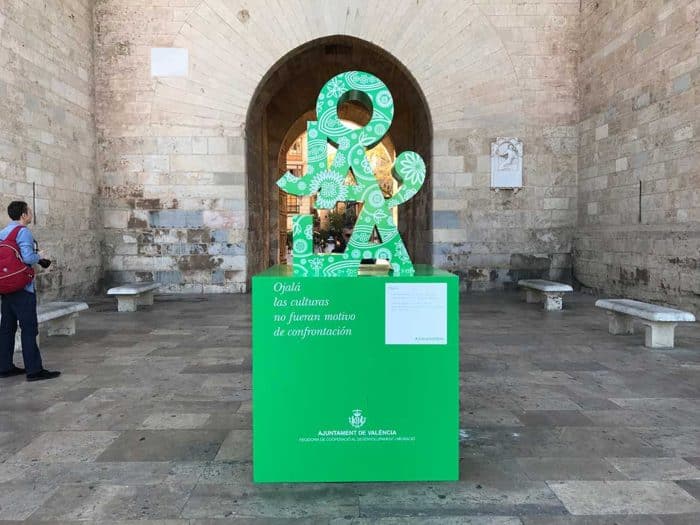 OUR 3D SIGNS DO NOT JUST ADVERTISE, THEY TRANSMIT A MESSAGE TO SOCIETY.

Here at Gigantia we are firmly committed to this type of 3d sign, which don’t just communicate a brand but also transmit a series of values and messages that can improve life and the well being of one and all.

If you too are interested in this type of signage and assembly project, contact us for more information.